Millennials: The New Generation Stepping into the Workforce

Millennials also known as Gen Y are individuals born in 1980-2000. It is now evident, that as Gen X retire we are in the years where more and more millennials are entering the workforce. By 2030, 70% of Indonesia’s working population will be Millennials and hence companies should begin now to ensure they could benefit from this pool. According to Goldman Sachs Global Investment Research millennials were far different in priorities and expectations from previous generations because they grew up in the years of rapid change. So what does that mean for companies?

From our own experience we’ve seen that a lot of companies have slowly transitioned their company culture towards attracting Millenials. Starting from the flexibility of working hours, where and how their employees work or the move towards the new age office attire of Jeans. Now saying that, you might think that that sounds like they are just adopting the Silicon Valley culture of Tech Start Ups. A workplace culture like that of Google or Facebook may sound attractive to them but there’s more.  Amongst other things, it looks into promotion, hierarchy and standards of qualified candidates. 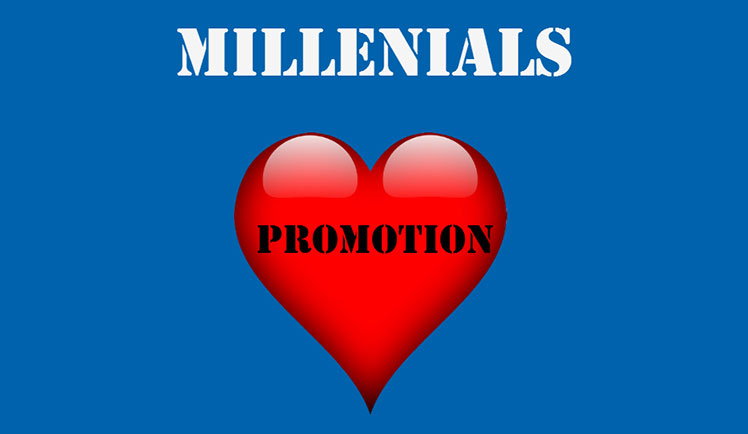 Gen X and its previous ancestors lived in a world where moving up the corporate ladder meant devoting years of their life to the organization. Back then Promotions would be for the VP on his/her 10th year in and definitely not the Associate who did all the “actual” work in pulling through the company’s biggest projects in the last 5 years. According to an Article on Bucknell University Website Ronald Alsop (author of “The Trophy Kids Grow Up: How the Millennial Generation Is Shaking Up the Workplace) writes about how they desire for instant gratification in pay raise or promotion every few months and when it did not happen they become frustrated and end up quitting their jobs. Companies may need to change their culture of promotion to ensure they stay. Perhaps, carefully reviewing the performance of their employees in volume rather than the length of working. Another way could be by having promotions reviewed in a shorter duration of every 6 month or yearly. 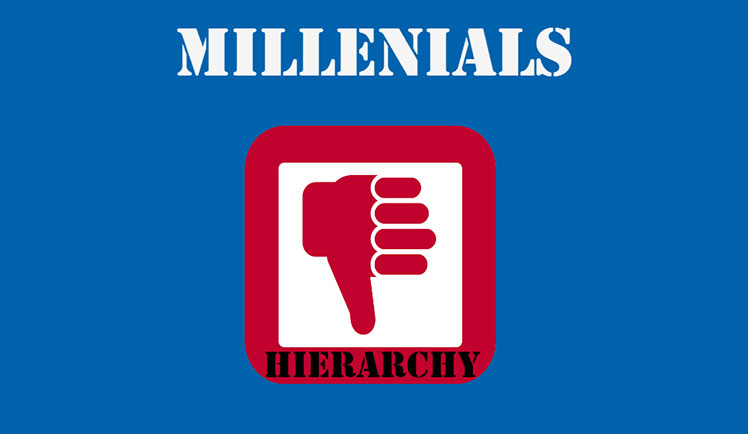 Karl Moore in a Forbes article describes how Google attracts the best employees not based on high salaries rather due to its “water-thin” hierarchy. He writes how at Google, execs and juniors sat in the same area at lunch, they wore jeans and any idea was heard. He calls their structure “flat and relaxed”. Companies with long structures may not work for Millenials. David Eaves a Public Policy expert believes Millennials lived in the world where technology broke the boundaries to which people were connected (i.e. social media).According to him they did not understand bureaucracy and would not want to work in a place where everyone could not talk to everyone about anything because of a long structured hierarchy. Companies need to lean towards shorter structures and provide access for any employee to communicate with others within the organization at whichever level. We’ve seen how Leaders and Influencers are making their lives more accessible to the world with social media. Top Management should do too! They do not need to share their private life on social media but perhaps they could use it to share the company’s new Ad Campaign or even share their views on current affairs. This would make them more visible and likeable. Millennial showed more admiration towards Leaders who had social media presence than those who were hard to access or that they needed to be successful or well networked to be able to get to know these Leaders. 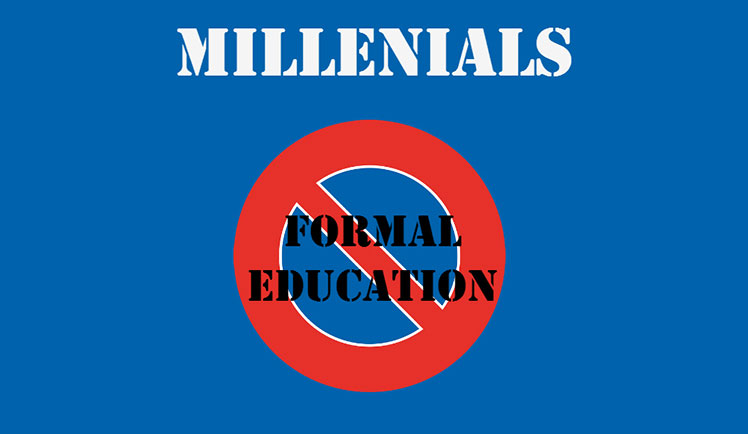 We’ve seen various successful college dropouts like Bill Gates, Steve Jobs and Mark Zuckerberg. Millenials grew up admiring these people and perhaps even believing in the idea that college was not important. Maybe it was one of the reasons, EY decided to no longer only hire college graduates and began opening doors to high school graduates. Of course when it comes to hiring technical staff like doctors and engineers a compromise on degrees would be hard. However, companies should no longer push the idea that employees without MBAs were not capable of the vacancy they had. They should instead focus on the possibilities that they could because they showed innovativeness , were highly motivated and were given the training they needed. As a Headhunter I have seen various Accountants with Engineering Degrees or Sales with Accounting Degrees who were successful in their careers  because they were passionate about the work they did and were given the training they needed. Companies should provide more training so they could not only make use of a larger labour market but in turn even reduce the costs of hiring.

So begin making the transformation now !

Drop us a Message